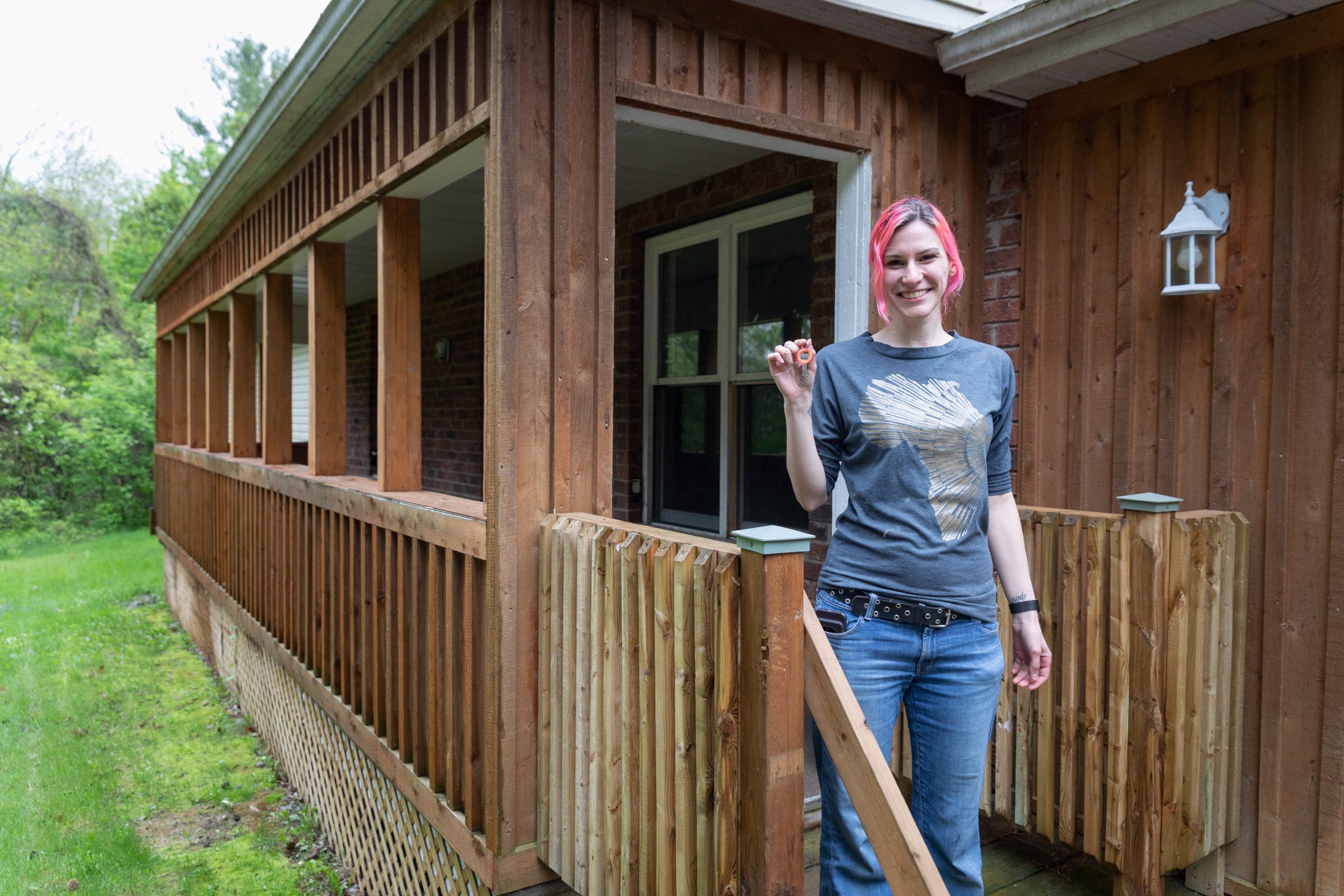 During my mostly-nomadic year in 2018, I began to entertain the idea of buying a small cabin in the woods as a little escape for myself when I wanted to get away from city life and travel. As this idea began to grow, I realized that I could perhaps even buy something larger, a space I could live in full-time and welcome others into – after all, I had gotten so accustomed to “living on the internet” during my year of travel that living a few hours outside of Toronto didn’t really seem like such a hassle.

After my two-month stay at MAPLE in 2019, that plan began to shift slightly. MAPLE has plans to grow exponentially (doubling their centres every 5 years), and I really wished that a branch could exist near Toronto, where so much of my life and my communities are. Then I realized that I could do something about that.

If I could find a reasonably-priced property and take care of the logistics of running everything, then eventually when MAPLE is ready to expand into Canada, we could hit the ground running!

So, my plan for buying a cabin in the woods as “a retreat from regular life” shifted into creating a place for deep training; a proper future branch of the Monastic Academy where we can work on our deepest conditioning.

There were a few logistical reasons why doing this would make sense too: it would give me stronger legal ties to Canada (border agents were sometimes iffy about my nomadic-ness), my salary from the previous few years would allow for a decent mortgage, and I wanted to make sure to keep mindfulness and personal growth as big parts of my life while I waited to go back to the academy, and what better way to do that than to become a person who is creating a training centre. It would make people have expectations of me – expectations I would then need to live up to.

It seemed that from nearly every angle I looked at it, the obvious choice was to find a property somewhere near Toronto and begin the process of starting a Canadian branch of the Monastic Academy.

It just seemed like the obvious choice. I didn’t know all the things I needed to do or how it was gonna turn out, but I figured I at least knew the first few steps, and the rest would come in time.

I looked at dozens of listings and drove out to see a few properties, and then I found one that seemed too good to be true: a 9-bedroom home on 10 acres of land, 2 hours from downtown Toronto, at a price less than a tiny shoebox studio condo would cost downtown.

It was… not in good shape aesthetically, but the bones were solid. I was in love. I had brought my mom and my friend John to look at it with me, and both of them were a little surprised at how quickly I had set my mind on buying it. It was perfect.

(It was a shithole.)

(But it was perfect.)

Things moved surprisingly fast. I did all the important due diligence (inspections etc), broke my sanity doing my crypto taxes for the previous year, made a lot of phone calls, sent a lot of emails, and on May 24th 2019, the shithole was mine.

From that point, my plan was straightforward:

Ok, it wasn’t quite as naive as that (ie, I had a lot of thoughts about how the house would sustain itself) – but there were certainly a lot of question marks.

What I wasn’t expecting was the response that I would get from people. I didn’t really plan to talk about my project too much, because there wasn’t really much to talk about yet – I was just living in the countryside in a construction zone with my cat (cat tax 1, 2, 3), spending my days coding and my evenings buying thrifted furniture and patching walls. There was nothing to advertise. But slowly word got out through casual conversations, and people were psyched. Suddenly I was getting introduced to all sorts of fascinating people and groups, being asked all sorts of questions, and, most amazingly, being offered all sorts of help.

Mostly, I think I was just in the right place at the right time. The Monastic Academy was starting to get a lot more attention, partly from Daniel Thorson’s Emerge podcast, and partly from John Vervaeke’s Awakening From The Meaning Crisis series, which points to a need for communal institutions like MAPLE.

So, before I even know what was happening, I was fielding questions about 5-year plans and hosting small groups who were eager to help in whatever way they could.

Everything was moving much faster than I expected.

Committing to becoming a teacher

In November of 2019, I had a phone call with Soryu to talk about coming back to MAPLE for more training and update him on the progress at my place.

There was one problem, which he had been pointing out to me since the beginning. There’s little question that I can figure out the operational aspects of running a monastic training centre — I don’t have experience in it, but I have enough time in the professional world and enough competence that it seemed relatively clear that I would be able to learn it as it comes. But: a monastic academy needs a teacher. Who is going to teach?

I knew this was coming, and I dreaded what my answer would be. The teacher is the most significant role in an institution like this, and I had hoped that an appropriate person would just magically appear as I handled all the back-end things.

I was silent for a while, then, with my whole body shaking, I said: Well, I’m a terrible choice, but I’m the only choice. If you will train me to become a teacher, then I promise to completely throw myself into the training.

And with that, I signed my life away.