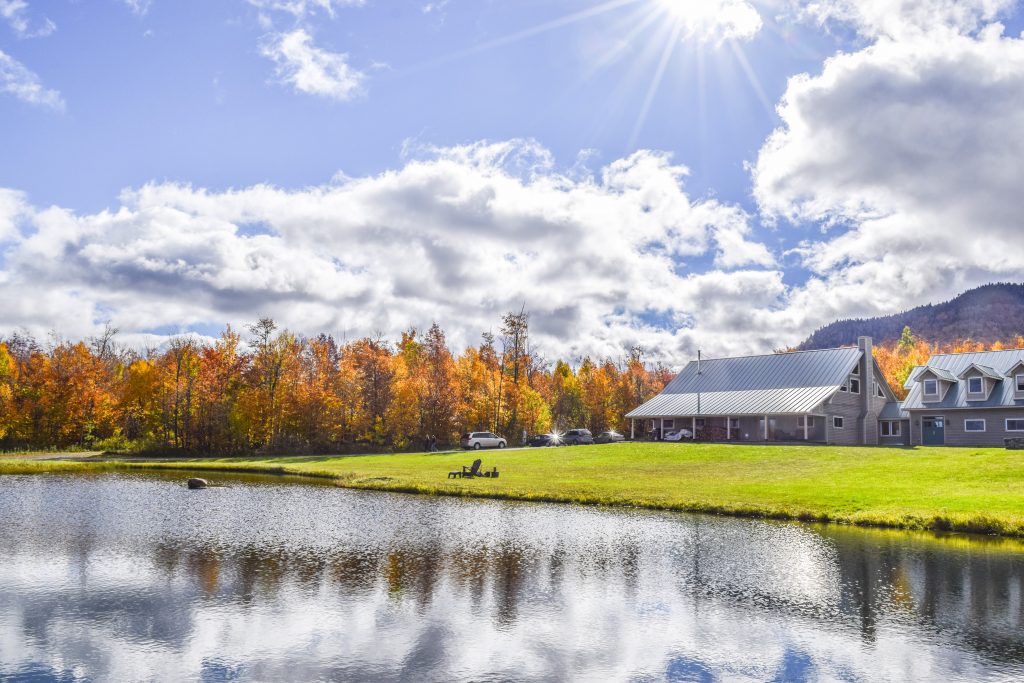 After my first visit to the Monastic Academy (MAPLE), I continued living my life as normal — working at software startups, traveling to conferences, partying with friends, advancing my career. And as the next few years went by, I found myself going back to MAPLE every once in a while – sometimes for a few days, sometimes for a week. Something strange and intriguing was happening there, and I couldn’t quite put my finger on it. Every time I left, there was a feeling of leaving something precious.

Many of the people who train at the Monastic Academy end up staying longer than their 1-year commitment, so every time I went back I always saw familiar faces. And as time went on, I noticed… something happening to those people. Each new time I saw them, they were speaking with more clarity, taking more responsibility, embodying more love, acting with more agency in their own lives and the world around them.

Through these visits and my interactions with the residents, and through watching Soryu and everyone actually live the ethics that they teach without hypocrisy, and through observing how strongly they were committed to creating change in the world, and through noticing the positive things that opened up for me as I learned to explore my meditation practice with Soryu’s guidance, I gradually grew to have an immense feeling of trust towards the Academy and the people in it.

I had no interest in living there full-time (I liked my life!), but it was an incredible resource for personal growth, transformation, wellbeing, and love, and I was incredibly grateful to have such a thing available to me to visit whenever I wanted.

I spent the majority of 2018 working more-than-full-time in the crypto space, taking part-time university courses, and constantly travelling between different countries. In many ways, I absolutely loved it — I finally got to be a nomad, a citizen of the world. I was meeting fascinating people and doing interesting things. But at the same time it was absolutely exhausting, on a sort of deep, existential level. There’s a very real way in which I think I set my emotions aside that year – It sort of felt like I wasn’t able to properly process my life, because everything was always changing and just as soon as I’d get into one routine I’d be going to another country and another time zone and doing something different. I was always in transit. So I was kind of this neatly-zipped-up version of myself, going through the world picking up all sorts of emotional baggage and not fully processing it, setting it aside for some other time when I have more energy or more presence; zipping it up until the zipper started threatening to burst.

Life handed me a reset switch at the end of 2018, in the form of losing my main job and my apartment (all on good terms), and I knew exactly where I needed to go. I emailed MAPLE and asked if I could come visit as a co-working guest for a month. Or two. Or three. I packed my bags, put my stuff in storage, and on December 31st I made my way down to Vermont.

And I mean “on fire” in both pleasant and unpleasant ways. Sitting very still with a raging mind is a painful and frustrating experience. Quieting the mind takes time, and as I learned to do it I also learned to notice subtler sensations, partial thoughts, compulsions, emotional resonances, and so. many. unnecessary. patterns. I saw how easily my mind can lie to itself, and how early those lies can happen, before they even enter conscious thought; by the time it’s a conscious thought, I’m already believing it. And not only am I believing it, but I’m already having emotions in response to it, making plans for it, and altering my behaviour around it. And the only way to unravel this was to slow my thoughts down enough to see the subtle things that happen between them and around them — the graspings, the half-thoughts, the ingrained and indoctrinated beliefs. And to do it again. And again. And again. And it’s painful and frustrating and incredibly disorienting to come face-to-face with this, over and over. To see the ways I’m steering myself wrong all the time. To see how little control I actually have over my desires and compulsions. It burned.

But over time I also began to burn with a kind of energy that I hadn’t felt in a long time, maybe ever. I felt smarter, happier, more capable, more playful, more confident, more energetic, more at-ease in my body, more comfortable with my existence, than ever before. I laughed more. I felt more. I engaged in intellectual discussion more, and with more enjoyment and clarity. I felt unstoppable.

It feels a bit weird to put it this way, but: I felt like I became a better and more optimal version of myself.

8 weeks into my stay, I told Steven – who now goes by his Dharma name, Jōshin, and runs a branch of the Monastic Academy called OAK down in San Francisco – that I was 70% considering becoming a full-time resident. A week later, I told him I was at 90%.

Ostensibly, I left for valid and convincing reasons which largely had nothing to do with the Academy. Realistically though, I think I was also scared of where this practice was taking me. Something was shifting, and it scared me.