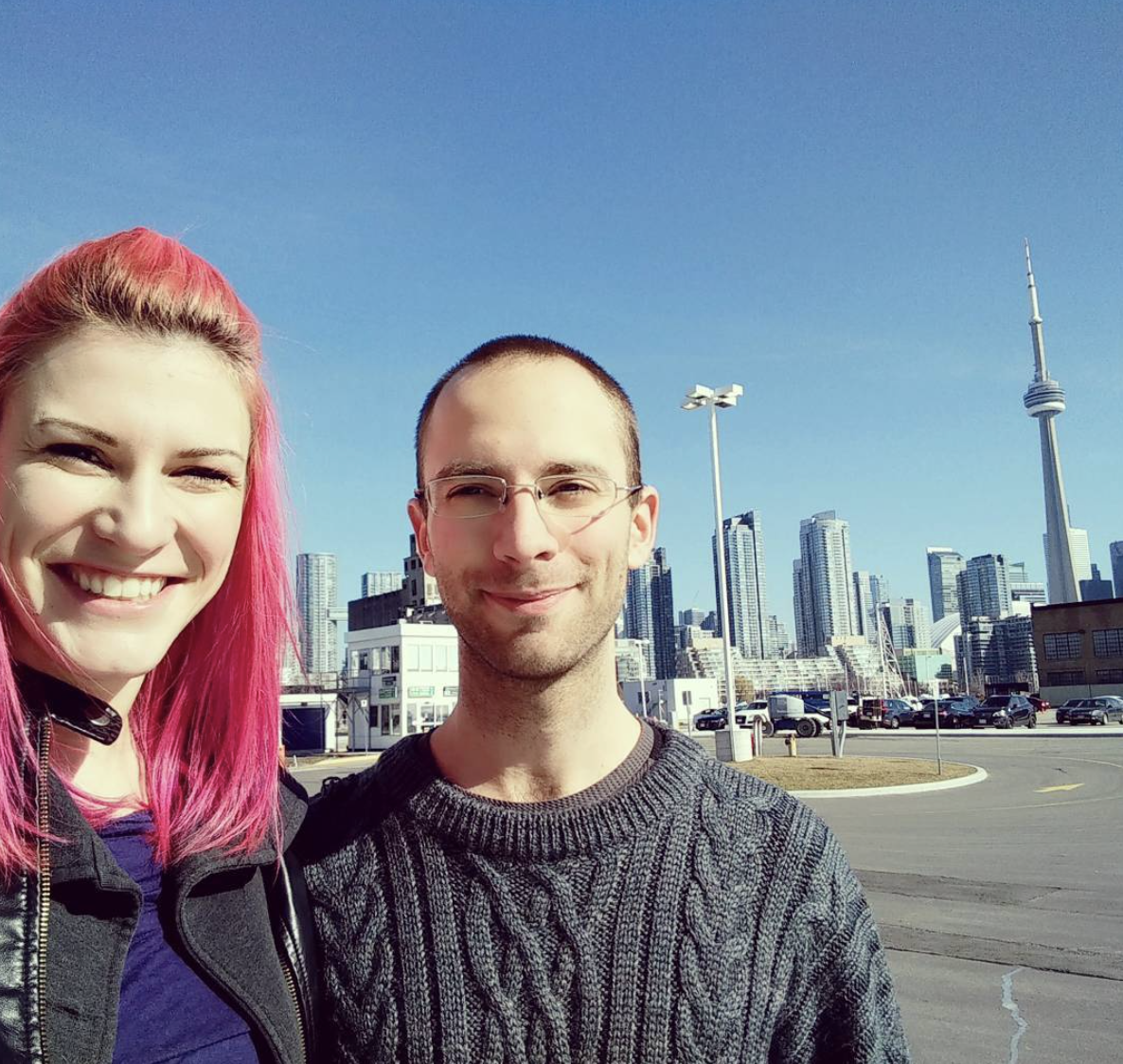 Ten years ago, I was a recent graduate of Computer Science and Psychology, excited to be stepping into the immense world of software.

Five years ago, I was deeply embedded in the software startup life, spending nearly all my time coding or going to tech-related meetups.

Two years ago, I was leading a team of software engineers at a cryptocurrency company in the adult entertainment industry.

I don’t know how exactly to lay out this story. The shift was never sudden – it was a progression of perfectly small and obvious steps. When someone asks why I went from living a fairly stereotypical software startup life to living monastically (“like a monk”), the only honest answer I can find is “it’s the thing that made the most sense.”

So… maybe I’ll start a few years ago.

Back in 2014, I was working for InteraXon, a startup making an EEG device called Muse: The brain sensing headband. The purpose of Muse is to help people learn to meditate by providing real-time feedback on what their brain is doing. I was never particularly into meditation, but I thought brains were awesome and I loved the idea of working for a company which combined both of my undergraduate degrees, so working at InteraXon was basically a dream.

One of the best parts of the job was the utter weirdos I got to work with. One of those weirdos was a guy named Steven: a friendly rationalist engineer who joined the company a few months after I did. Steven and I became fast friends, and spent countless evenings hanging out, drinking whiskey, and talking about everything under the sun. We were very close, and he quickly became an incredibly important friend to me.

Then, in early 2016, Steven decided to quit his job and move to a Buddhist monastery. Forever.

I’m rarely an angry person, but I was very angry with him. What was he thinking? Who in their right mind would quit a job they love, with friends they love, in a city they love, to go live in a Buddhist monastery up in the mountains of rural Vermont?

I told him that he was making a mistake. That he’s following the same patterns he always follows. That he’s running away. That his problems are just going to follow him to the monastery.

He nodded his head and took my anger in stride, but his decision never faltered.

In March of 2016, I drove him to the airport and insisted on taking a cliche Toronto photo together.

Be good. Do good. Get enlightened and come home.

My first visit to the Monastic Academy

In November of 2016, after Steven had been at the Monastic Academy for about 8 months, my coworker Kim and I decided to take a road trip to visit him. I was excited to see him, but also cautious and skeptical. What is this cult that took my friend away?

I had been meditating on-and-off for about a year at that point (the influence of working for a meditation company and reading some of the science behind it), and was generally convinced by the health benefits of meditation, but… a monastery? Forever?

Kim and I were there for 2 days, and during our stay we had the opportunity to have a private breakfast with the Zen monk who is the head teacher at the Monastic Academy, Soryu Forall.

I was approaching this whole thing with a lot of skepticism; while I did believe in the benefits of meditation, I thought it was generally over-evangelized and that most people would benefit more from regular therapy than regular meditation. I thought that living at a monastery meant being disconnected from the “real world” and that it would result in apathy and ineffectiveness. It seemed like escapism. I didn’t like it.

I don’t really remember which of those thoughts I voiced to Soryu during our breakfast and which ones I didn’t. But I do remember that he gave fairly satisfying answers to all my questions and skepticisms, and as the conversation went on I found my defenses lowering, just a little bit, just enough to be open to the possibility that maybe I’m wrong about this place.

During that two-day stay, I was also able to have two interviews with Soryu. In the Zen tradition, interviews (also called sanzen) are times to demonstrate and discuss your meditation practice one-on-one with a teacher. My interviews only lasted a few minutes each, but I was shocked at how easily he was able to notice things about my practice, or suggest changes which were immediately helpful, or explain something in a way that would cause a shift in my perception. My meditation practice was invigorated for months as a result of those few minutes of conversation.

And in the pockets of time that I got to spend with Steven, I observed him cautiously. Would he be different from the Steven I knew? Was this still my friend, or had he become someone unrecognizable? How has this place changed him?

As far as I could tell, my worries were unfounded. He was perhaps a little bit calmer, and the things he talked about were a little bit more confusing, but he was still the same sweet, anxious, weird kid who got excited about using evenly-weighted dice to generate passwords and talked as much with his eyebrows as with his voice.

I didn’t stay long enough during that visit to get a strong impression of the other people who lived there, and I still felt moderately skeptical about the whole thing — but overall I felt like the visit had a generally positive effect on me, and Steven was still Steven, and so I relaxed a little bit around the idea of a monastery being a maybe-not-totally-unreasonable place to live.

I found the place intriguing, even…